The 1800 inmates of Moldova's psychiatric hospitals 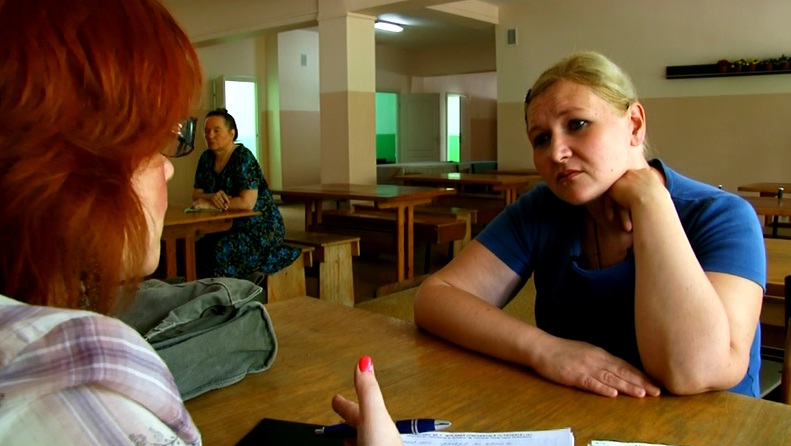 Psychiatric patients in Moldova are often forced into huge facilities, where freedom is restricted more than is necessary and the sick are vulnerable to abuses. A report by our correspondent

In an international context characterized by strong consensus on the need to implement a process of de-institutionalization of psychiatric patients, Moldova is just starting to take the first steps in this direction. Currently, over 1,800 people reside in the country's three major psychiatric hospitals. In some cases, patients are admitted after committing crimes and being deemed "incapable of consent". In others, they are hospitalized voluntarily or, more often, as a result of requests from relatives.

Tied to the bed for 24 hours for trying to escape

Inga , 25, has been under observation for mental retardation since her childhood. She was sent to a mental institution after killing a man who had sexually abused her. “When I arrived, I thought it was a normal hospital...when I saw the bars on the windows, I got scared".

Inga tried to escape from the hospital several times, without success, but she was subjected to drastic measures after every attempt. On one occasion, she remained tied to the bed all night. "I was tied twice. The first one briefly, but the second time all night, without clothes and with swollen hands. I screamed all night".

The hospital's psychiatrist, Silvia Morari, says that before the first attempts to escape the medical staff allowed Inga to go to the shop and walk on her own. "After she tried to run away, I said we had to keep her confined. While we talked she was nervous, and I immediately prescribed tranquilizers".

Watch the video report by Natalia Ghilaşcu (in Romanian) or read it on the site discriminare.md

According to doctors, people subject to compulsory care after committing crimes often show aggressive behavior. "Instead of sending them to prison, the Court sends them to psychiatric hospitals to undergo compulsory treatment", says Ion Dabija, director of the psychiatric department of the city of Bălţi. When patients have a crisis, he says, it is necessary to use even brutal measures, like immobilizing them for 30 or 60 minutes. "There are cases of patients threatening the nurses".

Ludmila used to suffer from schizophrenia. Two years ago, she left her son in the bathtub and went out for wood. When she returned, the child had already drowned. Although her mental condition has improved, doctors decided to keep her in the hospital, and the decision was confirmed by a judge.

Only some of the patients are given permission to walk freely outside the hospital. Others, like Ludmila, remain in there for over six consecutive months without ever leaving. “As you can see, our patients are effectively prisoners. It is a psychiatric hospital and they are here to undergo compulsory treatment as a result of the crimes they have committed. You can imagine what these people would be capable of, were they left free", says psychiatrist Morari.

Ludmila, however, says she is now healthy and does not need to be subjected to further treatment. "They treat me like I'm crazy, they ask me how much is 3 plus 3, they behave as if I were crazy".

Next year, the figure of the ombudsman in mental hospitals will be officially introduced in Moldova. Doina Ioana Straisteanu held this role in a pilot project for three months, informing patients of their rights and seeking to address directly some cases of abuse, and found the experience hallucinating.

This is how Ludmila discovered she had the right to write a formal letter of complaint. "Other patients told me they are examined every six months to decide if they should stay or leave. I have never been examined", she says in tears.

Straisteanu received a number of patient complaints over abuses, e.g. food rations reduced for failing to clean one's room. "Generally, we talk about verbal abuse, pushing, and beatings. The administration knows about it and has taken some steps to counter this kind of behavior. Some nurses were fired. In addition, patients have turns for washing floors and bathrooms – I inform them that they are not required to do so and they have every right to refuse".

UNDP consultant Arcadie Astrakhan reiterates that the medical staff should be held accountable for abuses. "Patients have the right not to be victims of mistreatment and torture in psychiatric institutes. It is an absolute right that must be guaranteed immediately, not gradually".

Segregation of the mentally ill is not the solution

The UN Committee on Human Rights has recommended that the Moldovan government integrate, rather than segregate, people with mental health problems. In Moldova, these people remain closed between four walls, isolated from the world. From 2013, the Moldovan Ministry of Health will start a process of reform of these structures in order to allow patients to return home.

"We want these patients to have the opportunity to live in their community and receive there the medical services they need", says Astrakhan with conviction. But Moldova, as other post-Soviet countries, still has a long way to go before people with mental health problems are more accepted and not isolated, discriminated against, and judged harshly by judges, doctors, and ordinary people.