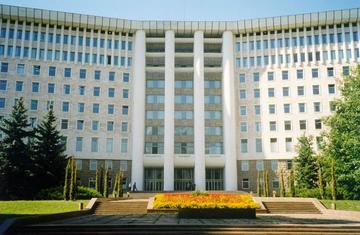 On 7 July, the Moldavian Parliament adopted in the first reading amendments to the regulation of the Audiovisual sector, which include the introduction of significant limitations on foreign language programs and productions from abroad.

The measure, justified as an attempt to reducethe impact of Russian propaganda in the country, threatens to have serious repercussions on freedom of information and media pluralism in the country. International organizations including the OSCE and the Council of Europe warned that the measure constitutes an indirect form of censorship and limits the right of citizens to have access to pluralist information.

According to Petru Macovei, director of the Independent Press Association (API ), the proposed amendments reveal the influence exerted on the Parliament by tycoons in the media industry, with the ultimate goal to protect their own interests. Macovei specifie s that the amendment currently being discussed, proposed by the Democratic Party (PDM), "was elaborated together with Media House and General Media Group owned by Plahotniuc."

Controversial magnate Vlad Plahotniuc, in addition to owning the media conglomerate General Media Group which controls several TV stations in Moldova (Public TV, Prime TV, Canal 2 and Canal 3, to which were added from February 2016 CTC Moldova and Super TV), has a significant role in the country's political sphere. Twice member of the national parliament between 2010 and 2015, today he is vice-president of the same Democratic Party promoting the bill revising the regulation of the audiovisual sector.

Commenting the evident conflict of interest, Macovei notes : "For the PDM and for the media magnate Plahotniuc it is important to adopt the bill nr. 218 which contains several articles which will favour unfair competition in the broadcasting from Moldova. The trust of Plahotniuc will be put in a privileged position, but the small broadcasters, which at this moment are not ready to cope with the requirements of the domestic product to the extent which the law requires, will be out of the market."

The reform of the Broadcasting Code in Moldova is under discussion since 2011 and it has been stalled several times. The process started over in March 2015. Among the recommendations formulated by international bodies monitoring media freedom, a major aspect is the adoption of measures to protect pluralism and the introduction of limits on the concentration of media ownership in the country. A first positive step in this direction was made in 2015, when, following the consultations with the Independent Journalism Centre, the Parliament introduced the requirement to disclose the identities of mass media owners, a measure which however does not effectively address the problem of offshore companies controlling shares in media companies.

Restrictions to the access of foreign capital in the field of information, similar to those proposed by the draft legislation currently being discussed, are already in place in the print media sector, as highlighted by a recent report by Freedom House . The extension to the TV channel sector of a similar regulation is likely to further eroding the right to pluralism of the media system in Moldova.