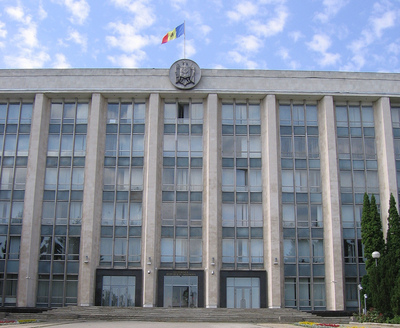 In 2009, the economic crisis was aggravated by the difficult political situation in the country. The ruling Alliance for European Integration had to present an austere budget, characterised by tax raises and cuts in subsidies

Debates over the budget

Prime Minister Vlad Filat stated that the budget, in its current condition, is meant to assure the survival of the economy, taking into consideration the economical realities inherited by the new Government.

“This document, regardless of the differences in opinions, must be a reasonable platform capable of restarting the economy. I am not happy in my capacity as Prime Minister to come in front of the Parliament with such a budget. I see it mostly as a first instance approach. I don’t have a political populist approach of deceiving the people with false expectations”. To be able to cover the planned expenditures, the Government is considering raising revenue with the Value Added Tax (VAT), private income tax, and excises for alcohol and fuel. On the other hand, the budget estimates a reduction of the number of farmers that will benefit from state subsidies.

In light of the situation, the Party of Communists didn’t lose the opportunity to criticize the new Government, declaring the budget anti-social and capable of negatively affecting the real sector of the economy. The communist Deputy Igor Dodon, former Minister of Economy, expressed his surprise at the drastic reduction of budgetary allocations for the augmentation of the state reserve and at the fact that the budget deficit will be covered through loans: a situation that will double the state's debts.

Nonetheless, for 2010 the Government is planning a GDP growth of 1.5 percent totaling $5.8 million USD, at a 5 percent level of inflation. Veaceslav Negruţă, Minister of Finance, has declared that the budget will be a socially-oriented one, with 10 percent of it going to the education sector. It is notable that, for the first time in years, the Government is seeking to reach a higher rate of growth for exports: 15 percent compared to 12 percent imports. In regards to the median salary, it is estimated to be around $270 USD.

Throughout 2009, the situation in the Republic of Moldova was characterized by endless political confrontation resulting in the of the Presidential Palace and Parliament http://www.osservatoriobalcani.org/article/articleview/11180/1/216/, two dissolutions of the Parliament, and two parliamentary electoral campaigns. The difficulties the political situation created were aggravated by the economic crisis, which became more and more evident by the end of the year.

In the first half of the year, before the first parliamentary elections when the Party of Communists was still in solidity rule, the global economic crisis was a taboo subject in the republic despite the fact that it was already deeply affecting the neighboring countries. However, immediately after link the elections of 5 April, authorities were no longer in a position to neglect the economic situation. As a result, the Communist Government ordered that regional budgetary allocations and expenditures made by central and local public authorities be instantly cut by 20 percent. Moreover, the communist authorities expressed the intention to apply, as an anti-crisis measure, the introduction of an income tax of 15 percent instead of a progressive one of 7 percent and 18 percent and to raise the Value Added Tax (VAT) from 20 to 22 percent.

These measures were not destined to materialize in practice as the parliamentary elections of 29 July brought a new democratic governing coalition into power. Nevertheless, the difficult economic situation subject has been heavily exploited as a pressure tool against the opposition for provoking new parliamentary elections. The newly-formed opposition coalition - Alliance for European Integration - the election http://www.osservatoriobalcani.org/article/articleview/12081/1/407/ and has declared as a major priority the fight against the economic crisis inherited from the previous communist government.

The huge budget deficit of 9.5 percent of GDP registered in the month of September was a serious problem which had to be dealt with immediately. Thus, many projects, known also as communist electoral projects for which there were no budgetary resources allocated, were canceled. Furthermore, all planned salary increases were postponed and on 28 October it was announced that the Government successfully reached an agreement with the International Monetary Fund (IMF) for a loan of $590 million USD.

At the moment, considering that the political confrontation is far from being over and that, on 7 December, the Parliament once again failed to elect a President, the Parliament must be dissolved in 2010. The economic situation of the country will depend profoundly on the political developments to come.