Open letter: the EU must not sit idly by while a Member State’s democracy is in jeopardy 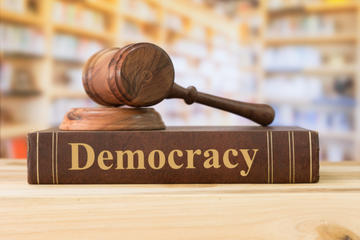 OBCT joined other over 80 MEPs and civil society groups in signing a letter sent to the presidents of the European Commission and Council: we call on European institutions to condemn every measure abusing the emergency situation to dismantle democracy and silence civil society. Here the text of the letter

The coronavirus pandemic represents an urgent global challenge. Governments and EU institutions must act decisively to control its spread, protect citizens, and limit economic damage in the European Union.

However, the crisis must not serve as a smokescreen for anti-democratic activities and the stifling of active civil society, that can exacerbate corruption and undermine Goal 16 of the SDGs: ‘Promote peaceful and inclusive societies for sustainable development, provide access to justice for all and build effective, accountable and inclusive institutions at all levels.’

Exceptional times, of course, demand exceptional measures and it may be legitimate for governments to temporarily use extraordinary powers to manage the situation. Nevertheless, even in a crisis, these measures must be time-limited and proportionate. We cannot allow unscrupulous political actors to use the current climate as a pretext for dismantling democracy and undermining the rule of law.

The recent actions of Viktor Orbán’s government in Hungary are a flagrant attack on the cornerstones of the rule of law and the values of the Union.  Last week, the government overrode the objections of the opposition and civil society, granting the Prime Minister indefinite powers to rule by decree. This law has also mandated draconian prison sentences for spreading ‘misinformation’ which could be used to stifle independent journalism.

These measures have a chilling effect on free speech and anticipate the potential to suffocate those remaining elements of the checks and balances system in Hungary which survived the past ten years of almost uninterrupted democratic backsliding resulting from Viktor Orbán’s rule.

The European Union must not sit idly by while a Member State’s democracy is in jeopardy.

We also remind you that previous actions of the European Union failed to prevent the Hungarian government from going along a path that leads to the disruption of democratic institutions, marginalising of civil society, and the undermining of the rule of law. Therefore, we call on the European Commission and the Council to more strictly control the spending of EU funds and to enhance current measures that prevent the creation of an illiberal system within our Union.

We therefore urge you to unequivocally condemn the Hungarian government’s misuse of the coronavirus crisis to erode democratic values. The European Commission and the Council must also take swift and decisive actions to address these threats to the rule of law being carried out under the guise of emergency powers.