Croatia: GMOs? No, thank you! 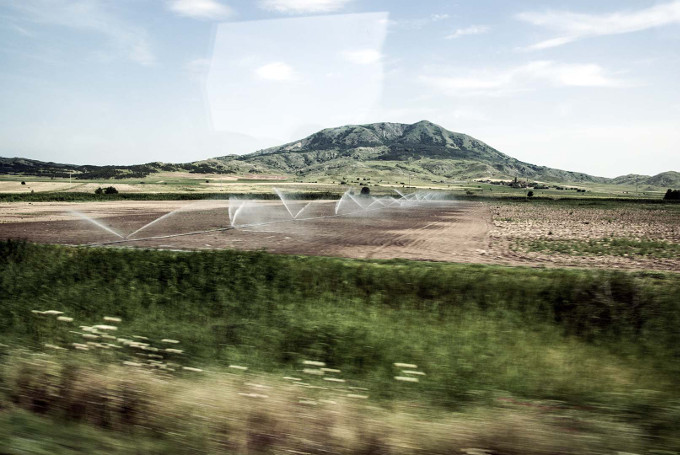 The European debate on the authorization for cultivating Pioneer 1507 corn has raised fears in the youngest country of the Union, where all regions have declared themselves "GMO free"

It is the youngest country of the European Union – a little over four million inhabitants – and elects only eleven MEPs. Yet, Croatia, with its 2.6 million hectares of arable land, could become the Europe's wheat belt.

"We have almost a million hectares of fallow land, ready for organic production, which must be defended against GMOs", explains Katica Knezović of the Faculty of Educational Sciences of the University of Zagreb. In Croatia there has been alarm on this matter for several months, stirred by the European debate on the authorization for the cultivation of genetically modified corn "Pioneer 1507". The request was submitted by the Japanese multinational thirteen years ago, and last September the European Court of Justice reprimanded the European Commission for not taking a decision yet. This restarted the debate: the Commission is in favour, while in the Council of the EU 19 countries, including Croatia, have said no (but do not reach a qualified majority to veto the authorization). The European Parliament, also in disagreement, asked the Commission to prohibit such genetically modified corn.

The European Parliament and GMO

The Genetically Modified Organisms (GMO) issue is a controversial topic in Europe. The European Union is moving towards a new approach to the cultivation and import of GMO, after a decade of negotiations and legal battles.

In several occasions, the European Parliament (EP) has adopted a cautious stance towards GMO cultivation and use, by defending consumers’ rights, advocating for the protection of biodiversity and supporting organic farming and typical agricultural products.

In 2003, the European GMO-free regions network signed a joint declaration with some members of the EP to safeguard agriculture on the basis of the high quality principle, typical productions and low environmental impact of the production system.

In November the Environment Committee of the EP (ENVI) will be called to vote on a long-awaited draft plans to allow EU member states to restrict, or ban, the cultivation of crops containing GMO on their territory even if it is allowed at the EU level.

German MEP Dagmar Roth-Behrendt, head of a parliamentary report on the topic, explains the reasons for the denial as follows: "The European Food Safety Authority showed that butterflies and moths may be at risk if exposed to the pollen of corn 1507. Pioneer has so far refused to submit documents concerning the mitigation of risk for these endangered species". A different motivation was provided by Croatian Foreign Minister Vesna Pusić, who stated that there are not enough instruments to ensure that each country can decide whether to allow the use of GMOs authorized by the EU on their soil.

For biologist Hrvoje Fulgosi, president of the Croatian Council for GMOs (a government body for monitoring and analysis consisting of experts in the field), this is just unfounded scaremongering, used to create sterile political opposition: "Our legislation provides for a very complex, rigid procedure as well as constant controls. To date there has been no unauthorized cultivation of genetically modified seeds, and authorized GMOs in food and farming food have to be below the 0.9% threshold. GMOs are subject to ongoing research and their use is increasingly monitored. Moreover, each member State has the ability to invoke the "safeguard clause" that allows each country to temporarily restrict the use or sale of GMOs on its territory, if deemed harmful to the environment and human health".

No risk for Croatia, then, where all twenty counties have declared themselves GMO free? Mirela Holy, Croatian MP and green activist, founder of the newborn Party for Sustainable Development (OraH) running in the European elections, calls for strict policies to protect biodiversity, support organic farming, and resist the pressures of multinationals. "Research clearly shows that GMOs cause damage to biodiversity, which is why we must continue to strongly adhere to the Cartagena Protocol, ratified by our country in 2002". Holy considers biodiversity as one of the greatest riches of the country. "This is also why OraH supports very restrictive policies on genetically modified organisms and will fight for Croatia not to adopt the "Strategy on coexistence", adopted so far by fifteen Member States, which provides for the coexistence between GM and organic crops".

61% of the Croatian public is opposed to the use of GMOs, as shown by the 2010 Eurobarometer Biotechnology Report , and the Farmers Association argues that organic production is the country's only shot at being competitive. Ante Ivanika, who grows wheat, maize, and sunflower in rotation in Opatovac, close to the Danube, is convinced: "We have so much untouched land and a small population, we do not need intensive growing. Organic agriculture can become our best bet: small, but strong among the giants of the European Union". Hard to disagree with him.