Bosnia, the return of a war criminal in Mostar 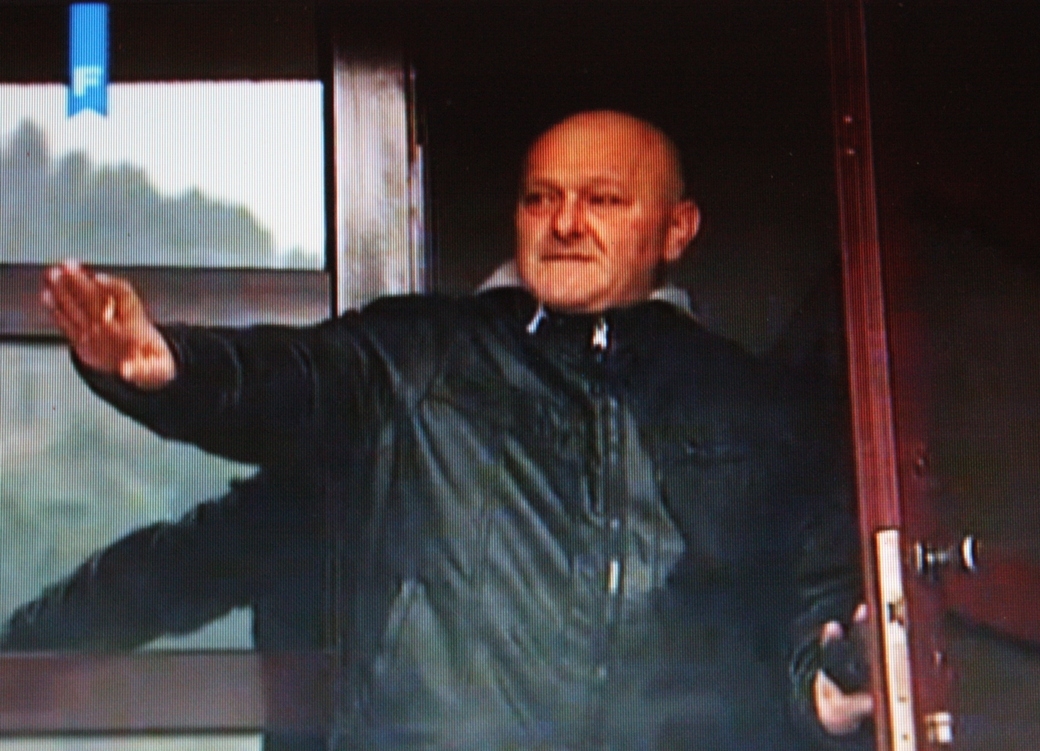 Sentenced by the Hague Tribunal to 18 years in prison for crimes committed in Mostar during the war, Vinko Martinović returned to the city after benefiting from a significant sentence reduction. The weight of the past on the banks of the Neretva

January 9th 2012: news that the war criminal Vinko Martinović – Štela – was granted a sentence reduction of one third of the 18-year sentence he was due to serve reached Bosnia Herzegovina through the national media and those from the neighboring Croatia. It was Croatia, indeed, to hand him over to the Hague in 1999 after his arrest for the murder of a Mostar nurse and embezzlement of her house.

Vinko Martinović did not hand himself over and never collaborated with the International Criminal Tribunal for the former Yugoslavia (ICTY) during his trial. Pleading “not guilty” was all he had to say to the Court, as well as to the humanity watching him.

To refute his presumed innocence, 84 people turned up at The Hague. Eighty-four witnesses recounted the horrors they saw and were victims of, giving voice to all the others who could no longer testify and allowing to reconstruct another page of the conflict that ravaged the Bosnia-Herzegovina in the 90s.

The charges against Štela and his superior Mladen Naletilić – Tuta – refer to the period going from April 1993 to March 1994 and the events that took place in Jablanica, Mostar, Široki Brijeg, Ljubuški, Čapljina, Stolac. Štela led the special unit “Vinko Škrobo”, Tuta was the commander of the feared battalion “Kažnjenička bojna” (the Convicts' Battalion), of which the special unit was a ramification. Both were units of the HVO (Croatian Defence Council).

Heliodrom, Gabela, Dretelj, Duhanska stanica of Lištica (today Široki Brijeg) are just some of the detention centers for the thousands of civilians and war prisoners that were rounded up from the streets, from their homes or during the fights in the wretched and glum period that saw Mostar as its worst scenario.

Bulevar, the main city’s artery, had become the front line as well as Štela’s special unit control and operating area. Heliodrom, a center for recruiting free workforce. Every day, the trucks loaded prisoners and distributed them along the fighting lines, in the workshops and, if the prisoners were “lucky”, working on the properties of “those who counted”. On these properties, they were used to build swimming pools and dig canals, or to loot, under the supervision of Štela and his men or the other bandmasters, the empty homes of the Muslims in that big Western strip of the city now “cleansed” of their presence.

The crowded artery of a throbbing city, as Mostar had been only 13 months before, had thus become a battlefield and one of the areas with the highest probability of violent death. On the front line, under the crossfire, Mostar prisoners were used as human shields, forced to carry sacks, the wounded and the dead, obliged to wear the uniforms of the Croatian army and attack the positions of the Armija BiH with wooden rifles. Some former prisoners recounted how in the camp, at the time of leaving, they would all fight because none of them wanted to get on the trucks that would lead them to death.

The good conduct of the murderer

For their hierarchical positions within the army, for the aforesaid facts and for other facts, as the murder of the policeman Nenad Harmandić, he himself a prisoner too, severely beaten for days on end and murdered with a gunshot for unsettled accounts in times of peace, Martinović and Naletilić were condemned by the ICTY in March 2003. They were found guilty of crimes against humanity (murder, persecutions, inhumane acts), violations of the 1949 Geneva Convention and disrespect for laws and conducts in armed conflicts. Martinović was sentenced to 18 years, Naletilić to 20 years.

Following the indications as to which the prisoner was ‘to a good extent rehabilitated’ provided by the director of the prison in Ancona, where Štela had been secluded since 2008, the International Court then acknowledged him a 6-year sentence reduction. With a scheduled flight from Budapest, Vinko Martinović – Štela landed in Sarajevo on Wednesday, February 1st. From here, he went on to Mostar where he apparently plans on settling again.

Going back to the crime scene

The concept of “rehabilitation” of a war criminal is hard to explain to the victims of his barbarity and to those who, unwillingly, have become his fellow citizens again. Knowing he is in the neighborhood or in “that part” of the city again, it will be hard for those who testified and his few opponents to sleep easy. The war criminal, Štela, a taxi driver with a junior high-school degree, who became the absolute master and owner of the city in times of evil, a murderer even when the war was over and who never repented, has come back to the city, back to the scene of the crime.

Today’s Mostar, split in its urban fabric and ravaged in its social one, is fighting to awake again and is still hostage to that violence because, under many aspects, it is but its result.

Vinko Martinović’s crimes were weighed on the scales of International justice, and he was sentenced keeping into account the times as they were. The sentence for crimes against humanity was possible because a context of international conflict was recognized. But how much weight do his acts and those of his men carry in having determined the destiny of some people but also the fate of the city?

The line of the Bulevar

With their violent acts, people like Štela have had a great influence in creating the distance that today still runs between the two national communities, the invisible gap that emerges each time that, by mere habit or with a conscious grudge, people say “that part”, referring to some neighborhoods of Mostar and taking the Bulevar, the (former) front line, as the dividing line.

The victims of his barbarity and those who find him in a city that many are striving to think of as united again, despite everything, do not expect to see signs of the rehabilitation of an urbicide. They know there will not be any and they remember all too well, to paraphrase Hannah Arendt, that in the end he and the society on behalf of which he fought were in perfect harmony.

The day Štela came back, in Mostar a Second World War bomb was defused. With his return to the city, a new explosive device was set, a 90s’ war surplus partially unexploded.