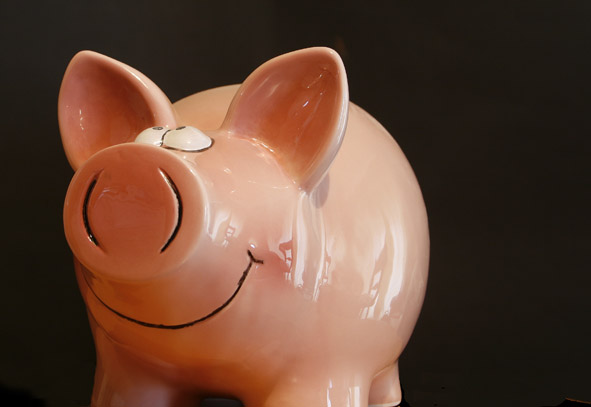 In early summer, when president of Republika Srpska Milorad Dodik announced a referendum to deny the authority of the State Attorney of Bosnia and Herzegovina in the entity controlled by Banja Luka, the public's attention was still totally absorbed by the aftermath of the Orić case – the former commander of the defense of Srebrenica arrested in Bern and later extradited to Sarajevo.

Although few now believe the Bosnian-Serb leader's threats, the announcement could yet have other, much more practical reasons than the search for justice.

The beginning of the end for Bobar was in late September 2014, with the death of owner Gavrilo Bobar, tycoon of the Republika Srpska, member of the National Parliamentary Assembly of the entity, and member of the Central Committee of Milorad Dodik's Alliance of Independent Social Democrats (SNSD). According to an article published in 2003 by Sarajevo weekly Dani, Bobar's very relationship with Dodik allegedly enabled him to fulfill "the American dream in Bosnia and Herzegovina" and become "the most powerful citizen of Republika Srpska" after the war ended.

A few weeks after the death of its founder, Bobar's empire started creaking. On November 27th, the news came that the Republika Srpska Banking Authority had decided to put Bobar Banka under the authority of a temporary administrator (Savo Ševaljević), called to solve its financial problems. The bank allegedly suffered from a severe lack of liquidity, for which the opposition immediately blamed the ruling parties and the SNSD in particular. In some very harsh speeches, MP Dragan Čavić of the NDP argued that the institute was ruined by the generous as well as reckless lending to members of the establishment. According to Čavić's reconstruction, the bank squandered millions of marks, and the resulting capital shortfalls were written off by forcing public bodies controlled by the SNSD, particularly companies such as Elektroprivreda RS, to deposit their funds to Bobar Banka through illegal procedures of recapitalisation.

On December 23rd, the decision that everyone expected: the attempts at recapitalisation had failed and the bank had therefore to be dismissed. The effects were disastrous. Over 40,000 accounts remained frozen for some time, even for small savers. Although small deposits (under 25,000 Euros) were guaranteed, the situation was catastrophic for the aforementioned Elektroprivreda RS (which held 10 million marks in the bank), for the District of Brčko (that had deposited 27), and for the municipalities of Trebinje, that the Bobar Banka had deposited about 5 million marks, equivalent to about a quarter of the national budget.

"Theirs to do as they pleased"

While the opposition attacked the majority, the clearance authorities clammed up in suspicious as well as absolute silence. On January 29th, on BN television, temporary administrator Savo Ševaljević let out what Dodik's enemies had argued from the start: "the bank made huge loans" to people close to the government, "on the basis of purely personal considerations". Those loans had now become "bad debts: these people acted on the basis of the belief that the bank was theirs to do as they pleased". A few days later (February 6th), Ševaljević resigned.

What was happening to Bobar Banka remained a mystery to the public throughout the spring. In March, Transparency International Bosnia and Herzegovina complained that the Republika Srpska Banking Authority, in violation of the provisions of law, had not yet provided a full report on the situation, a sign – according to the international organisation – "that the authorities are trying to hide something".

The agency called out the entity institutions on their inactivity several times. In April, it required the Finance and Budget Committee of the National Assembly of RS to set up a meeting of public inquiry for Slavica Injac, director of the entity's banking authority, who, in addition to not providing information on the status of the liquidation of Bobar Banka, refused to provide documentation proving that the Authority had carried out the necessary checks on the bank before October 2014 and the crack, as she claimed.

What is perhaps more serious is that, although it is well established that the bank was at the centre of serious malpractice, there is a jurisdictional dispute between the Attorney in Bijeljina and the RS Special Attorney: none of the two bodies, in fact, is willing to investigate on the case. Bijeljina argues that this is a matter of organised crime, which is outside of its legal powers, and attributes it to the RS Special Attorney – which, however, does not act. On April 21st, Transparency International called on the authorities of Republika Srpska to solve the conflict of jurisdiction, "which is seriously damaging public confidence in the institutions".

On June 5th, eventually, the Attorney General of Republika Srpska, called to give its opinion on the issue of jurisdiction, referred the matter back to the National Attorney of Bosnia and Herzegovina. The question, then, became the responsibility of Sarajevo. Just over a month later, on July 18th, Milorad Dodik announced a referendum against the very Attorney of Bosnia and Herzegovina. With the first arrests made only ten days later, the coincidence appeared rather strange: "the referendum is a clear attempt to avoid the legal consequences of the Bobar Banka case", said Dragan Čavić to newspaper Dnevni Avaz, "and to prevent similar investigations on other cracks caused by Dodik's party, like that of another bank of the entity, Balkan Investment, or the Brod refinery", victim of one of the many suspicious privatisations of postwar Bosnia and Herzegovina.