Bosnia Herzegovina according to Eldin 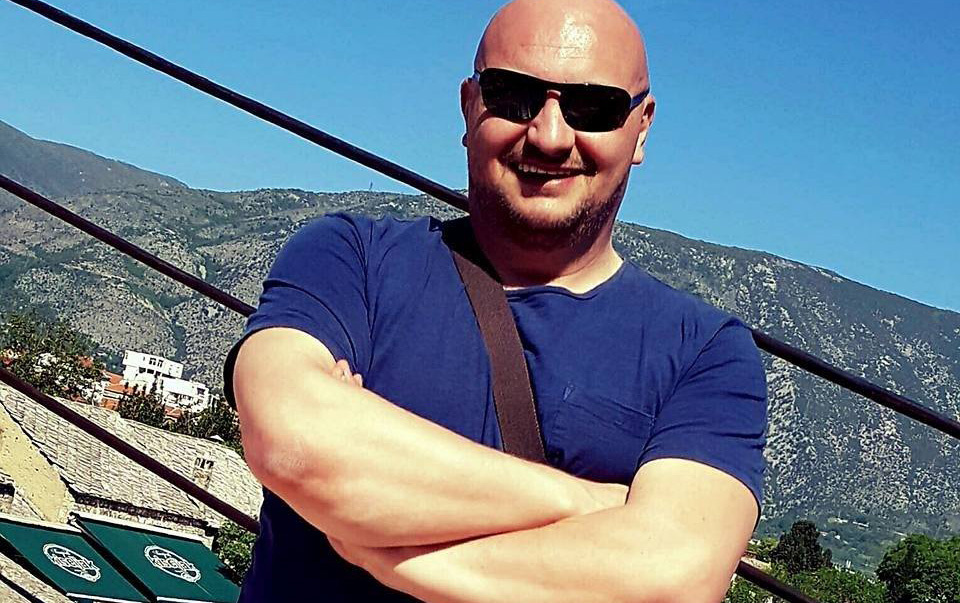 As the electoral campaign unfolds in Bosnia Herzegovina, so does nationalist rhetoric, reviving the idea of conflict. But what is war? In a post on Facebook, Eldin Kurbašić explains it

In Bosnia Herzegovina it is the time of campaign for local elections to be held in October. As in every such occasion, political leaders fan the flames of nationalism. There is no scarcity of squabbling, of the type that makes ambassadors nervous every time Bosnian citizens are called to the ballots and perpetuates the state of anxiety in the country and its negative image.

This time, the crisis was triggered by Banja Luka calling – only two weeks before local elections - for a referendum on the RS national day. The controversial anniversary, set to be celebrated on the 9th January, commemorates the founding of Republika Srpska, one of the two entities that make up the country. This date had previously been considered unlawful by the Constitutional Court of Bosnia Herzegovina as it discriminated against non-Serbs.

The decision to organise a referendum is a direct challenge to the Constitutional Court. The international community, in the attempt to intervene on the matter, has proven divided and ineffective. For its part, Serbia adopted an ambiguous position by giving carte blanche to Milorad Dodik, the president of the RS. At the same time, the veterans of the 1990’s conflict have revived their demand to conduct military exercises with live ammunition in reaction to a joint exercise of police forces from Serbia and the Republika Srpska. Before long, skirmishes intensified on both sides and rhetoric became more heated.

People reading and listening to the news don’t know what to do. The majority keeps silent as a reaction to the propaganda of the parties, both nationalist and non nationalist. Also the latter have now understood that to win the elections they need to play the nationalist tune even harder than the former, in order to keep voters permanently mobilised.

In this confusion Eldin Kurbašić decided to have his say. Eldin was born in Sarajevo in 1975 and was enlisted when not even 18. He was in the special unit of the army of the Republic of Bosnia Herzegovina, and was wounded in one of the last battles of the conflict.

In 2008 Eldin moved to Norway, but a few years later, even though he had a job and permanent residency, he left to return to Sarajevo, where he opened a tourist agency, although with great difficulty.

On Facebook Eldin often talks about his experiences during the war. They evidently left their mark, even though he appears polite and friendly.

With a simple recent post on Facebook, Eldin explained to the “hot-heads” the meaning of war. A real “beginners manual” from a “soldier’s point of view”. Eldin wanted to share his own experience without copying from anyone else. Which he did in a few, straightforward words.

– “Your parents look at the hill destroyed by thousands of grenades. They know you are there. In the action. And they pray that you return home, even if it means you are invalided, as long as you are alive.

– It’s not necessary to be hit by a bullet or shrapnel to die in war. Even the air blast from an explosion can destroy your internal organs. The first signs are loss of consciousness and vomiting blood.

– You return from action and are ordered to go to the wife, the mother and the daughter of your best friend and tell them that their husband, their son, their father is dead. They advise you to take a tranquilliser with you and administer it to them immediately. However, the family will start to scream as soon as they see you arrive with two comrades and you certainly will not be smiling. So stop for a second and imagine how your parents would react.

– Exchange of the fallen. And this is really the best way to lose your mind. You need to turn at least 120 bodies before you find your relative. I will not go into details.

– You discover that the blood coming from the femoral artery hit by a bullet or shrapnel spurts up half a meter. So you place the hand of a friend on it, while with your hand you try to free his throat of his tongue to stop him from suffocating because of the shock.

– At the temperature of -17°C, the wood of the pines splits on its own while you are on guard duty.

– The bayonet is not carried to slaughter someone. You carry it to dig yourself a hole in the hard frozen ground of a clearing just before being buried in the enemies’ artillery during an absurd assault ordered by crooked and inexperienced officers.

– The war is where you have to give up the margarine from your breakfast bread to spread it onto your boots: in the snow it’s more important to have dry feet than to have a full stomach.

– The rush of adrenaline you experience while you wait to go into your first action is about 845 times more than what you feel before your first sexual experience.

There is more, but Eldin stops here, with the advice to whoever reads this; “do not wage war unless you and your children are ready to bear all this ten times worse.” The complete version of Eldin’s “advice” can be found here .

Eldin’s status has gone viral in a short time. A few hours after he published it, he had received thousand of “like” and quickly news portals noticed him. In a couple of days his status was taken up by many online news, not only in Bosnia, but also in Croatia and, as Eldin says, mainly in Serbia. Eldin is described as “the person who has shaken the Balkans” and his message is directed to all the “hot-heads who incite war”. In an interview with Dnevni Avaz, Eldin simply says that he wrote his status dedicating it to his daughter whose future is most important to him.

In a certain way Eldin was the voice of the majority who had experienced first hand the effect of being part of a conflict. He had suddenly become a celebrity.

Notwithstanding his fame, it is easy to get in touch with him. I met Eldin years ago and I know his efforts to begin a business and a normal life. He is a bit surprised by his sudden rise to fame. He said he could easily do without, but he is surprised by the support and encouragement he has received, especially from abroad.

He said that in two days he has received 800 friendship requests on Facebook, 8,000 “likes” and was “shared” 2,500 times. There are very few who don’t agree with him. On a critical note, he says he also wrote this for those who speak without knowing what they are talking about, who feed the tension and who don’t live in the country, to clarify them what war means.

Eldin remembers those years, but does not hate anyone. Not long ago, he contacted a veteran from the army of Republika Srpska, and they became friends. They told their story as former enemies who are now business partners, as part of a tourist package. And yet, says Eldin, it is hard to start a business especially if you don’t know someone who can guarantee you will work. Who knows, he says, if this doesn’t work out it may really be time to leave Bosnia for ever….