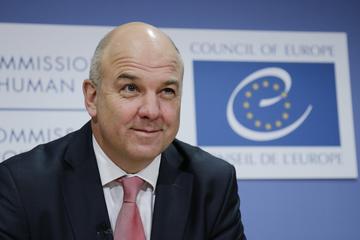 The weekly "NIN" was fined "for damaging the reputation of Serbia's Minister of Interiors". A sentence that, warns CoE Commissioner for Human Rights Nils Muižnieks, could have negative impact on media freedom in the country

Council of Europe Commissioner for Human Rights Nils Muižnieks today expressed concern over the “possible negative impact on media freedom of the decision of the High Court in Belgrade to fine, in defamation proceedings, the political weekly NIN for damaging the reputation of the Minister of Interior of Serbia, following the publication in June 2016 of an article on the demolitions of Belgrade’s Savamala district”.

Writing on his Facebook account, the Commissioner reminded that “the concept of defamation should be interpreted in relation to freedom of expression as guaranteed by Article 10 of the European Convention on Human Rights and should not be overly protective of reputational interests or provide far-reaching remedies or sanctions that can have a chilling effect on freedom of expression and public debate”.

According to well-established case-law of the European Court, added Muižnieks, “the limits of acceptable criticism are wider as regards a politician as such than as a private individual. Unlike the latter, the former inevitably and knowingly lays himself open to close scrutiny of their every word and deed and they must consequently display a greater degree of tolerance”. “In addition”, concluded the Commissioner, “the European Court has held that an award of damages for defamation must bear a reasonable relationship of proportionality to the injury to reputation suffered”.

According to Muižnieks “the Serbian judiciary needs to ensure that its jurisprudence concerning defamation is in line with the European Court’s case-law, while politicians, on their part, should be open to uninhibited public criticism and should prevent actions that can have a chilling effect on freedom of expression, especially for journalists”.