The outcome of the conflict over Kosovo reversed the flood of refugees in the opposite direction. The horror the international public felt over the scale of the exodus of Kosovo Albanians and the relief generally felt upon the return of most of them to Kosovo left little room for sympathy for those who had to leave Kosovo after the Albanians returned. These people, generally termed non-Albanians, in practice mostly Serbs and Romany started leaving Kosovo as soon as the war ended. Although they have been advised to stay and promised protection by KFOR and UNMIK, the fact that (apart from some places in northern Kosovo such as the town of Mitrovica), they had to live in virtual ghettos, made many choose departure. The statistics justify this decision. Upon KFOR's arrival, in the period June 1999 - December 2000 at least 932 non-Albanians were found missing or proven kidnapped. In the year 2000 alone in Prizren 121 non-Albanians were missing; in Gnjilane 120 persons; in Pristina, the figure is 142.(1) Importantly, and unlike in the villages, Serbian violence against the Albanians was minimal in these bigger towns. Therefore the kidnappings do not seem to be the righteous revenge of the victims; rather, they are a part of a planned intimidating action with the single message: "Leave!"
Those Serbs who have left are not termed refugees but 'internally displaced persons'. But their fate is equal to or worse than the fate of those coming from Bosnia or Croatia. According to UNHCR there is a total of 211,300 registered IDPs (the Serbian authorities claim about 50% more, other humanitarian organizations mention the number of 230,000), out of which 60,000 are Roma(2), whereas the rest are mostly Serbs. This totals to more than 700,000 refugees and IDPs altogether, which makes Serbia a host to the most refugees in Europe. The urgent requirements for IDPs for this year only are over $20 million.

The city of Nis, which hosted a moderate number of refugees from Bosnia and Croatia (much fewer than Belgrade or Novi Sad) is now virtually flooded with people from Kosovo. A casual look at licence plates on cars during the rush hours shows a substantial presence of vehicles from Kosovo. The cars with plates from Pristina, Gnjilane, or Prizren themselves differ - from new Audis to battered old Yugos. And here the story of the different conditions of the IDPs begins.
The total figures for IDPs show that around 50% of the refugees have their own accommodation or live in rented flats (96,801 of the registered IDPs)(3) . In more precise numbers, according to a recent survey "most of IDP families in Serbia (37%) live in rented accommodation, 31,5% in collective centres, 24% with friends and relatives and 6,4% at home" (4). Among them, a minor proportion is very rich. The richer ones had fewer problems accommodating. These people have sold their property in Kosovo at very high prices to the Albanians, and now they live in Serbia as members of the upper class. A glance through the window as this text is being written reveals a Golf 4 and an Audi A8 with the licence plates 'Pristina'. The family also owns a comfortable five-room flat. Such examples, though relatively rare, breed contempt in many locals. This is especially so given that most of the richer newcomers were avid supporters of Milosevic's policy and senior officials of his party in Kosovo. The same policy and the same party that initially caused all the trouble. Once the trouble began - they fled, with the money. And, to make the situation worse, they retained the excessive pride of being Milosevic supporters and they still boast about it on the street.

The rest of the group living on their own are the former Kosovo Serb middle class. These people live in rented flats, and try to make ends meet every month. Their situation is not desperate - since most younger ones have found jobs here and they at least have something to eat: about 61% of Serbian IDPs work in state firms and they are on a payroll: the explanation is easy - most of them used to work in state firms in Kosovo, and upon their arrival to Serbia proper they remained officially employed. But they hardly get any pay cheques in reality, so they try to manage themselves. Nobody knows their exact number since they are reluctant to register as IDPs. But their real problem is how to fit in the new environment. They stick together, as if in clans, and they seldom mix up with the locals. The locals, on the other hand, are also reluctant to remain friends with their compatriots from the south. In downtown Nis, the once immensely popular café known as 'The Pyramid' is now rented by Serbs from Kosovo. Hardly any local ever visits the place anymore. Even more so after a recent shooting incident involving gangs formerly based at Pristina, now stationed in Nis. Distrust at the Kosovo Serbs is all-present, as they are widely (and often unfairly) seen as stern Milosevic supporters who thus contributed to the entire poverty that befell the country. Nobody seems to care - neither the international community nor their own people.
The worst is, naturally, in the camps. Most of them are located on the ends of the roads, in deserted hostels, schools and gyms, far away from the eyes of the local population. Even those nearer big cities are still quite distant from the eyes of the locals. On the outskirts of Avala mountain, near Belgrade, there is an old mountaineers' rest home turned into a camp. Its capacity is 40, but 150 people with 57 children from the Kosovo village of Suva Reka use it as a shelter. In the beginning, they were often visited by members of the Serbian Orthodox Church, Serbian Refugee Committee, even by politicians. Now, hardly anyone comes. Each of them gets a quarter of a loaf of bread and a cooked meal for lunch. For anything more, such as social aid and employment opportunity, they have to manage themselves.(5) Near Kraljevo, about 300 people were put up in an elementary school last summer, only to be literally thrown out in September, since they angered the local parents who wanted the building to be used for its intended purpose.(6) Some good ideas come from international organizations. In Kragujevac, for example, ACT (Action by Churches Together) put up greenhouses near a collective centre. They have been tilled by IDPs, and the deal was that those who worked could retain 50% of the income (about $50 a month, which is close to the average monthly salary in Serbia), whereas 50% was used to provide food to the rest of the IDPs in the camp.

In south Serbia, IDPs are sometimes settled in the places already occupied by Bosnia and Croatia refugees, provided there is some room left. Such is the case in Nis, where some are put up in old hotels 'Park' and 'Serbia'. There are also new facilities, occupied exclusively by IDPs, such as 'Sport centre' Vranje, motel 'Atina' Leskovac, motel 'Spring' Bujanovac, The New Kindergarten Bujanovac, Collective Council Zitoradja etc. When these were filled up, the newcomers were put up even in some battered roadside barracks, which had once been temporary facilities for the workers on the roads.
The condition of these people is a bit different from those from Croatia or Bosnia. On one hand, they are not technically refugees, and their original and present locations are formally in the same country. Therefore, for purely political reasons, they are treated as if they were just about to get back to Kosovo any moment, so they are denied even the right to another employment, the right 'real' refugees have.(7) As for social aid, it is practically nonexistent. Those in collective centres get poor meals daily (provided by Serbian Refugee Committee, financed by foreign NGOs), whereas those living in private arrangements get humanitarian packages monthly. The criteria for getting these have been drastically changed lately, so that today only those younger than 18 or older than 60, as well as those with the proof of disability may continue receiving those packages. The brighter side of the story of IDPs from Kosovo, especially ethnic Serbs, is their overall vitality and ability to self-organize. Contrary to, for example, many Croatia refugees in collective centres, some of whom have not stepped on the urban territory for 5 years, ex-Kosovo Serbs are well organized, loud and determined to fight for their rights. They have many associations, and they organize joint actions, especially when negotiating with the Government or foreign NGOs. Such is the Association for the Search for Missing and Kidnapped Persons from Kosovo, based in Nis.

There are many NGOs dealing with IDPs in south Serbia. The programmes are usually those of integration, such as the current ICS project (52% of ICS' funds are aimed at refugees, and 48% at IDPs). These projects are further divided into psychosocial ones, and 'economic' ones. The former deal with mental recuperation and workshop-based activities for young people, whereas the latter offer small loans for starting up business (some pilot programs currently offer small loans amounting to 1.000 DEM)(8). The Danish Refugee Council (DRC) is currently offering the 'quick impact' programme. IDPs are offered 10 chickens per family so that they could start up small poultry farms. There are too many interested, so this offer is limited to families with more than 6 members. For those intending to stay, COOPI (Cooperazione Internazionale) is offering building material. The deal is as follows: the host gets free material to finish his or her house, on condition he or she is willing to host an IDP family in the house for the next two years. This is similar to what International Rescue Committee from USA has been doing all these years. Many are apparently interested.
As for repatriation programmes, there are virtually none as yet. The rumour is that from September onwards, International Relief and Development (IRD) from USA will start 'go and see visits' similar to what UNHCR has done in Croatia lately. The idea is that IDPs should be allowed free trips to their places of origin, where they will be able to see for themselves what condition their homes are in. Some might decide to stay. However, having the overall situation in Kosovo in mind, this is still more fiction than reality.

Obviously, the condition of internally displaced persons in Serbia is not pleasant. They are neglected by their Government for political reasons, they are often scorned by their compatriots for their defiance and excessive pride, they are hated to death by Kosovo Albanians, and they seem to be at the end of UNMIK's and KFOR's priorities. For the time being, all they have is their own wit and some help of international relief organizations. We can only hope this will change soon.

1 The figures are given courtesy of Fund for Humanitarian Law, Belgrade. Complete listings with personal information are available on request.
2 According to Mr. Dejan Markovic, the Union of Roma Students, for the year 2000.
3 Figures courtesy of ICS Nis.
4 Source: International Federation of Red Cross and Red Crescent, Serbia section.
5 Data taken from the authoritative weekly "Nin".
6 Data from CNN, September 2000.
7 Swiss Agency for Development and Cooperation has recently published a booklet advising refugees and IDPs of their rights, with specific reference to the right to employment. Available on request.
8 Courtesy of Tamara, ICS Nis. 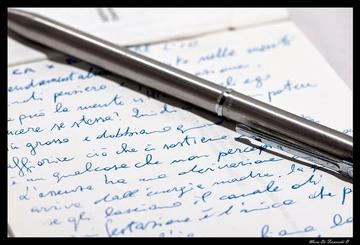