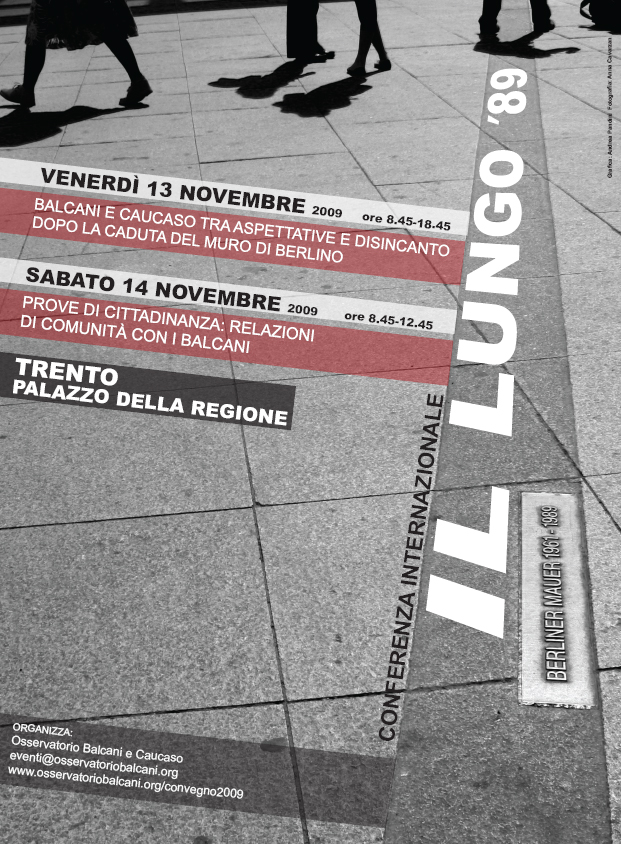 Twenty years have passed since the fall of the Berlin Wall, the event that marked the reunification of Europe, symbolised the promise for lasting peace in the continent, and relaunched the process of European enlargement.

The conference "The long-lasting '89" is devoted to discussing the post-communist transitions in the Balkans and the Caucasus, the expectations stirred by the end of the Cold War, the following disappointments, the ongoing processes of change, and the opportunities for relaunching a common European political project.

The first day will be devoted to reflecting on the long transitions in the two regions, national fragmentations, the return of war into Europe, and the process of European integration. The second day will explore the relationships of solidarity and cooperation between communities and territories formerly divided by the Iron Curtain.