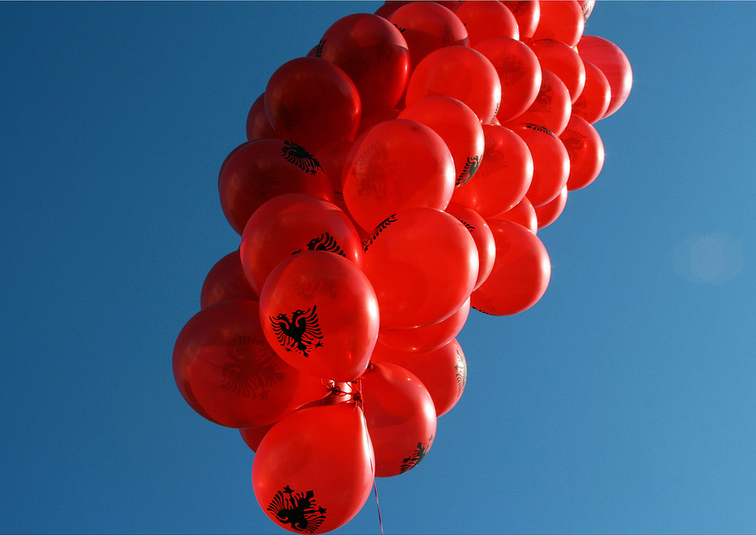 The Kosovo Constitutional Court has suspended the Pristina-Belgrade agreement on Serb-majority municipalities. It is a political move, breaching the very Constitution the Court should protect

Serbia and Kosovo signed an agreement last summer, under Brussels' pressure, on the shape and powers of the so-called ‘association/community’ which is meant to join all Serb-majority municipalities in Kosovo, and whose establishment is required by the 2013 Kosovo-Serbia agreement on North Kosovo. The agreement is not yet capable of being implemented: it needs further legislation (by Kosovo) turning general principles into precise rules, functions, and powers. Kosovo’s opposition parties oppose the agreement, and this is the main reason why they have been blocking the Parliament for more than a month.

A few days ago, Kosovo’s President asked the Constitutional Court to assess whether the agreement is compatible with Kosovo’s Constitution. Last Tuesday, the Court has suspended the agreement as an emergency interim measure, which shall last until the Court issues a judgement on the merits of the President’s question.

The two episodes can usefully be discussed together, because they involve similar questions. Perpetual Peace, in fact, is the blueprint for a world constitution guaranteeing perpetual peace. Just like the agreement on the ‘association/community’, therefore, it touches matters that are regulated by Kosovo’s constitution: indeed, Perpetual Peace assumes that all States, Kosovo included, should make their own domestic constitution subject to a higher world constitution. So the question about the compatibility with Kosovo’s constitution is relevant in respect of both the agreement and Kant’s essay.

The second similarity is that that neither the agreement nor Perpetual Peace are enforceable and implementable. To become effective, and thus change the shape of reality, they both need to be translated into detailed enforceable rules, without which they will remain what they currently are: plans written on paper. 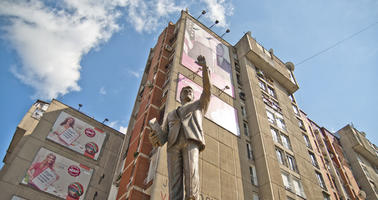 It is therefore legitimate to ask why Kosovo’s Constitutional Court has suspended them. For the Court says – see paragraph 23 of its decision (here) – that it has the power to suspend something only if there is a risk that, without suspension, that something would produce an ‘irreparable damage’. Now, not even the telescopes that study the shadows of the red pebbles in Mars’s valleys would be able to detect the damages that two non-implemented and non-implementable paper plans could produce. Granted, Perpetual Peace still has some influence on the views of many people: but this argument cannot be extended to the agreement, which is less widely read than Kant’s utopian proposal.

So I propose to focus only on the suspension of the agreement. Not just because it is the only one of the two decisions that has been published, but also because it is the most senseless one. Indeed, it is a genuinely futile, empty move: like asking a bronze statue of Skanderbeg where the nearest wi-fi connection is.

You will ask, is there a logic in all this? Does this ostensibly senseless act have a less immediately visible sense? To answer these questions, we must take a closer look.

The President does not say that the agreement is, or even seems to be, incompatible with the Constitution. She takes no position: her question is as innocent as that of a child asking her father if it is true that after dusk the sun goes to sleep. Nor does the Court take a position: it does not say that the agreement is, seems to be, or even could be, incompatible with the Constitution. And it suspends it only because there could be an irreparable damage (somewhere further afar than Mars, evidently).

Neither the President nor the Court say exactly what the irreparable damage they both fear might be. They only mention the protests of the opposition, which are blocking the functioning of Parliament (see paragraphs 22 and 26 of the decision). Now, whether or not this damage is irreparable, there is no doubt that its direct (and sufficient) cause is the behaviour of the opposition: not the agreement. The agreement – which, I recall, is a non-implemented and non-implementable plan written on paper – is incapable of blocking the Parliament (and has no intention to do so, in my view). It is the opposition that is blocking the Parliament. The causal contribution of the agreement stops inside the minds of the people who compose the opposition, for it is limited to making them opposed to the agreement: how they translate their political, intellectual, moral, ideological, aesthetical or sentimental opposition into concrete actions is a question that has nothing to do whatsoever with the agreement (indeed, they protest also about another agreement, which has not been suspended).

A Court under control

What does all this mean? My interpretation will include some speculation, near the end, but the starting point is very solid I think. My hypothesis rests on the observation that – as I seek to demonstrate in the essay I mentioned above – the Constitutional Court is not a judicial organ but a covert political instrument: ever since its creation, the Kosovo political-economical-criminal élite controls it, and employs the Court in order to solve political problems. And this élite tends to use the Court – often in agreement with some Western (national and multilateral) diplomacies – on the most sensitive issues, because the solutions that its judges can confect are both conclusive (the Court’s judgements have the force of law) and ostensibly neutral (the Court is formally independent, so the élite cannot be blamed for its decisions).

Why did they use this instrument now? One of the aims of the élite is rather transparent. The suspension is a sop given to the opposition, hoping that they will take it and stop blocking the parliament. Whether the ploy will work is uncertain, however, because neither the opposition nor the élite are blind: both know that the sop is an entirely useless one, and both know that the other one knows. Yet a Court ruling suspending the agreement has some symbolic value, especially in the eyes of the most impressionable citizens and observers: so the opposition might choose to take the sop even though it knows that it is empty.

But the suspension is only the first of the two decisions that the Court will issue on this matter, and the second one – on whether or not the agreement (and each of its provisions) is compatible with the Constitution – is the most important one. So whether or not the opposition bites the sop is not too important for the élite.

The other purposes of the élite are linked to the on-going negotiations on the agreement, which concerns its translation into precise and implementable constitutional, administrative, financial arrangements. This negotiation has two distinct fronts, which are discussed on two separate tables.

One negotiation is about how few the ‘powers’ can be (I take Pristina’s perspective here), and it takes place among Brussels (and maybe Washington), Kosovo, and Serbia. The other negotiation is about how many the ‘powers’ can be, and it takes place inside Kosovo, between the government and the opposition. So the Kosovo government must find a number – anywhere between 30 and 70 ‘powers’ – that is high enough to be agreed at the first table, and low enough to be defensible in the second table, where the negotiations take place before the public opinion of Kosovo and might influence its choices at the next elections.

So this is what the Kosovo government, and the élite that runs it, wants from the Constitutional Court: they want a judgement that sets two limits, both within the 30/70 ‘powers’ range. One limit shall be for domestic usage, and shall state that Kosovo must – i.e., has an unavoidable and unquestionable international and constitutional obligation to – accept no less than X of ‘powers’ (say, 45 ‘powers’). The second limit shall be for the other negotiation, with Brussels and Belgrade, and shall state that Kosovo cannot – i.e., has an unavoidable and unquestionable constitutional obligation not to – accept more than Y ‘powers’ (say, 55 ‘powers’).

The purpose of the first limit, X, is to side-line any political discussion in Kosovo about the wisdom of granting to the ‘association/community’ any of the ‘powers’ comprised between level 30 and level 45. The purpose of the second limit, Y, is to prevent Serbia (or Brussels) from even discussing any of the ‘powers’ between level 55 and level 70. In other words, with the Court’s assistance, the government of Kosovo could succeed in significantly reducing the area of contention (from 30/70 down to 45/55), thus facilitating both negotiations (it would steal, as it were, 15 ‘powers’ from Serbia and 15 from its domestic opposition). Indeed, should X and Y be close enough, as in our example, Kosovo’s government might manage to satisfy Brussels’s demands without antagonising its electorate too much.

I have no doubt about the élite’s intention to have the Court set the X level, the domestic one. As Brussels demands that Kosovo make concessions to Belgrade (and the Serb minority) on the powers of the ‘association/community’, if the élite wants to suffer no domestic political repercussions for this political decision – for it is a political decision: whether or not it would be a mistake, in principle Kosovo is quite free to tell Brussels that it no longer wants to implement this agreement (because, say, it prefers constitutional simplicity to good neighbourly relations and the European perspective) – it must clothe this political decision in legal-mandatory fashion. It needs a Court decision telling it that it must do what it has already chosen to do.

Using such an ‘external constraint’ is a common tactic in negotiations. Chief executive officers often tell their counterparts that their boards of directors will accept nothing less than Z, hoping to persuade the counterparts to drop any demand above that level. Children often tell their friends that if they won’t give them back the toy their mothers will no longer allow them to play together, hoping to get the toy back. Such claims about an external constraint may or may not work: it depends on how credible they are.

The problem of Kosovo’s government is that its external constraint is not very credible, because the Constitutional Court is a joke and both Brussels and Belgrade know it. So should Kosovo try to use the Court against Brussels we shall hear multilingual laughter across Europe. If, conversely, Kosovo and Brussels will decide to use the Court against Belgrade they might well succeed: not because the external constraint is persuasive, but because the EU is stronger than Serbia.

So it could go either way. If Kosovo’s élite has tried to use the Court against Brussels, it will probably have to think again: and we shall see an anodyne judgement that sets no real constraints (except perhaps a reasonably low X, to save face). If Kosovo’s élite and Brussels are playing this game together, the judgement will set both X and Y, and shall set them rather close to each other (at levels selected after having heard Belgrade, most probably, to check what is the level below which there is a risk of a revolution in North Kosovo).

Either way, as usual, Kosovo’s élite will use the Court to force Kosovo’s Parliament to swallow, without debate, an important political decision dressed up as an unavoidable and unquestionable international and constitutional obligation.

So this episode tells us that the existing agreement is largely empty; the real negotiation about its contents begins now; and we are likely to see the outcome of the negotiation in the contents (X and Y) of the forthcoming judgement by the Court. It remains unclear, conversely, why Kosovo’s highest Court has suspended Kant's Perpetual Peace.